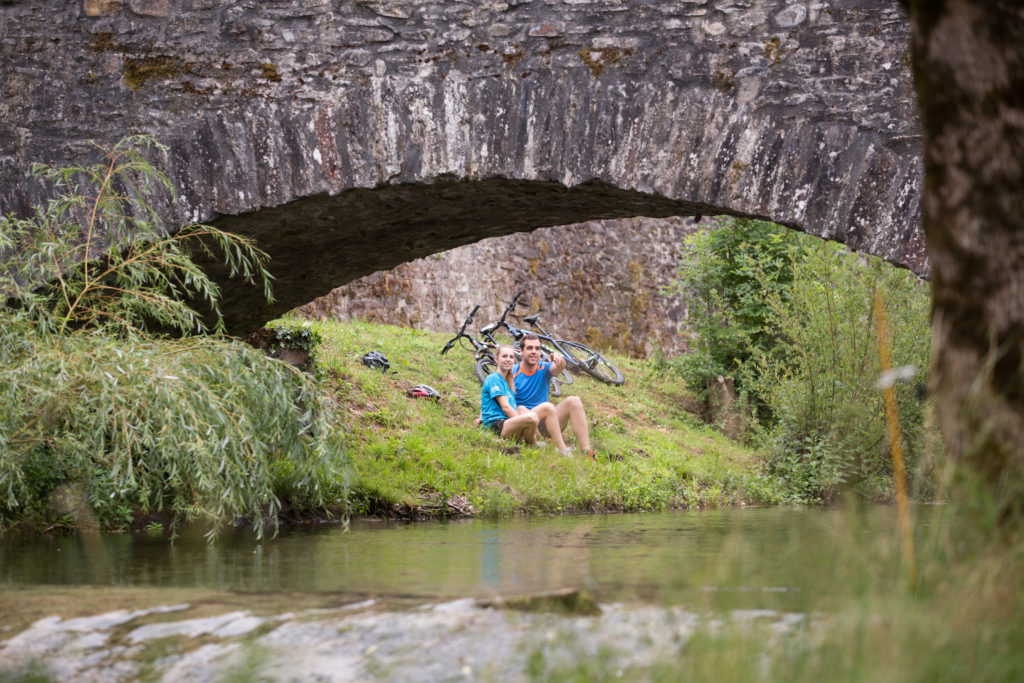 The valley of Gijou spreads over 3091 ha, along the river  Gijou, that is to say 44km long from Lacaune to Vabre.

The Gijou valley is a small corner of France, very simple ! A valley, a lot of forests around and hiking trails, a small river full of fish. A place to breathe, learn and share.

In the Monts & Lacs en Haut-Languedoc, in the heart of the Monts de lacaune, the Gijou valley is an exceptional place withing the large natural environment of the Tarn. The site combines green meadows and wetlands at the bottom of the valley, forests and semi-open areas on the steep slopes. From this diversity of environments, the Gijou valley retains a wild tone which is a large part of its landscape interest.

Although it only rises between 350 and 800 metres above sea level, the valley is very steeply incised, giving it almost mountainous characteristics. Between Lacaze and Viane, due to a less marked relief, the space is largely occupied by agriculture. In the rest of the valley, however, there is a majority of rocky and sometimes steepy walls, wooded or covered with moorland vegetation, sometimes carved with naturel underground cavities. This vegetation corresponds to different types of soils : schistose sandstones, micaschists, gneisses, calcareous rocks.

Among the species surveyed on the cliffs of the Gijou, we can notice rare plants such as  Saxifrage de l’Ecluse. It grows in the cracks of the rock. It is a protected species of the Massif Central. Its blooming period is around May.
The« Bouisse » or the « Bouissas » are  geographic name qualifiers that signify and signal the presence of boxwood. 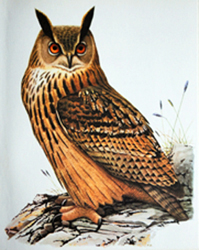 The mix of heath and rock is a very favorable environment for reptiles that appreciate dry and hot rocky areas : the Couleuvre green and yellow (grass snake), the Coronelle lisse, the green  Lizard… There are also a small number of European otters, a carnivorous mammal of the mustelidae family.

Cavities, overhangs and flat grounds provide a favorable configuration for birds that can hide their nests. The Great Horned Owl (one of the largest nocturnal birds of prey in Europe) and the Peregrine Falcon are typical birds of prey of these rocky walls.

The green track (voie verte) : Built along an ancient railway line with an average slope of 3%. Outstanding views, passages through tunnels and viaducs.  A 11km walk praticable on foot or by bike but also with a stroller. 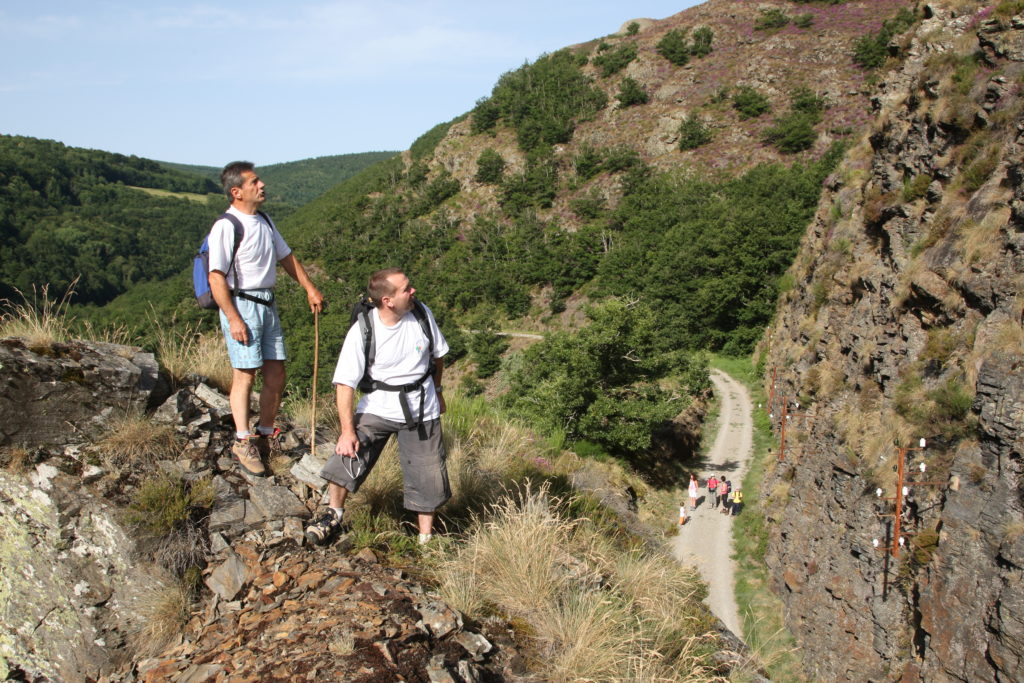